‘If diamonds are a dime a dozen, why are they so valuable’

‘The United Nations in the 90s’

‘Protection through policing: The protective role of UN police in peace operations’

‘Central African Republic, Peacekeeping and the protection of civilians’

On 9 July 2011, South Sudan became the world’s youngest state, emerging from decades of civil war and a complex separation process from Sudan. Western powers overwhelmingly rejoiced at the newfound independence of South Sudan, with President Obama calling it a “new dawn” for the country. The United Nations too dramatically shifted its engagement in the two Sudans, shutting down the Khartoum-based mission that had overseen the peace agreement between North and South, and inaugurating a large, state-building mission in South Sudan which focused on helping the state to govern effectively and democratically. Two years later, however, South Sudan had descended into all-out civil war, a conflict that has left the country devastated and cost nearly 400,000 lives. The UN mission on the ground has all but abandoned its state-building efforts and is now focused on the more immediate tasks of protecting civilians, monitoring human rights violations, and bringing the warring parties into a viable agreement. What does South Sudan mean for Western visions of state failure and state-building? What lessons can be drawn from the UN’s experience in South Sudan from independence to today?

What’s going on in West Africa? 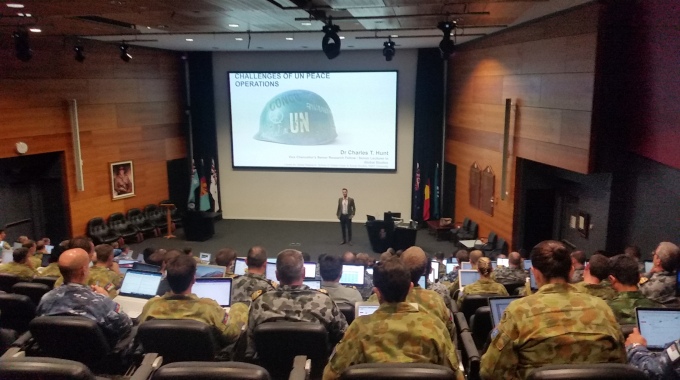 Social resilience in the face of political volatility and threat: Lessons from the Global South

UN Peacekeeping: At an Inflection Point